Cosplay is a combination of two words – costume and play – a common Japanese method of abbreviation. It was invented by Japanese reporter Nov Takahashi when he was sent to report on the 1984 Woldcon that was held in Los Angeles.
This role play is where people dress up and imitate their favourite fictional characters (from comic books, video games, manga, anime, Disney etc) and role play. 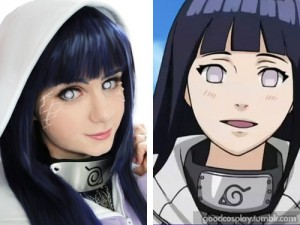 It has become a part of popular culture, especially in Japan but also world wide. Japan’s cosplayers take their inspiration from other cultures and decades in a creative way. There are many conventions, photo shoots, websites and blogs for cosplayers that create a worldwide network and community. Conventions such as: ECG (European Cosplay Gathering), Comiket, London MCM Expo and the Japan Expo held in Paris are particularly well known and attract thousands of participants and photographers.

Often people replicate rather than represent a character, having costumes with immense detail and employing the mannerisms and speech of his/her character.
People can become obsessive, often spending vast amounts of time, effort and money creating their costumes with different materials and accurate detail. Some cosplayers use body modification such as eye contact lenses or hair dye but others can even go to the extremes of having real tattoos done to match those of their favourite character’s.

However, cosplay is a worldwide culture, full of different influences, from different countries and eras… It is not necessarily just about replicating your favourite character. It expresses individuality and creativity, as seen in this article about an Absolut advertising campaign. 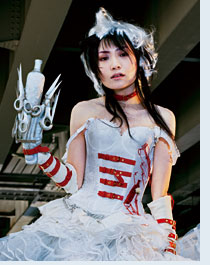 Absolut chose young Japanese individuals to create outfits around their iconic Absolut bottle, using their imagination and what inspires them. One participant of the event stated:

“It’s not just a look – I think through the outfit. It reveals something inside me, and I enjoy the distance and relationship it creates with others.”

I believe that cosplay is a means of expression (either through displaying individuality or through the choices of fictional characters made by cosplayers) and being creative (when designing and realising the costumes).

It is usually seen by “non-cosplayers” negatively as a fetish or a hobby for “otakus” but in fact cosplay is an extremely social activity. It is the sharing of common interests. It allows cosplayers to meet like minded people from all parts of the world with different ideas. 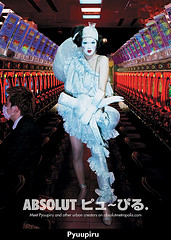 I think it is also possible that it allows one to take on a different role, a different personality and life story, of a character of choice. It is a means of escaping everyday life, expressing love of that character, and a good way to boost one’s confidence.

Often society’s point of view of cross-playing is negative and there can be racism issues when dressing up as a character with a different skin colour. But within the community of cosplay, people are more open minded and accepting of fellow cosplayers.

This entry was posted in Uncategorized. Bookmark the permalink.