Shinbunonna, Newspaper Woman, is a Japanese Artist, performer. Her master is Shozo Shimamoto, member of Gutai, Japanese artistic movement in 1950s-70s. She is invited for presenting the performance, and realized the event with her companies, artists, dancers, thanks to Fuse Art Infrastructure Allentown. 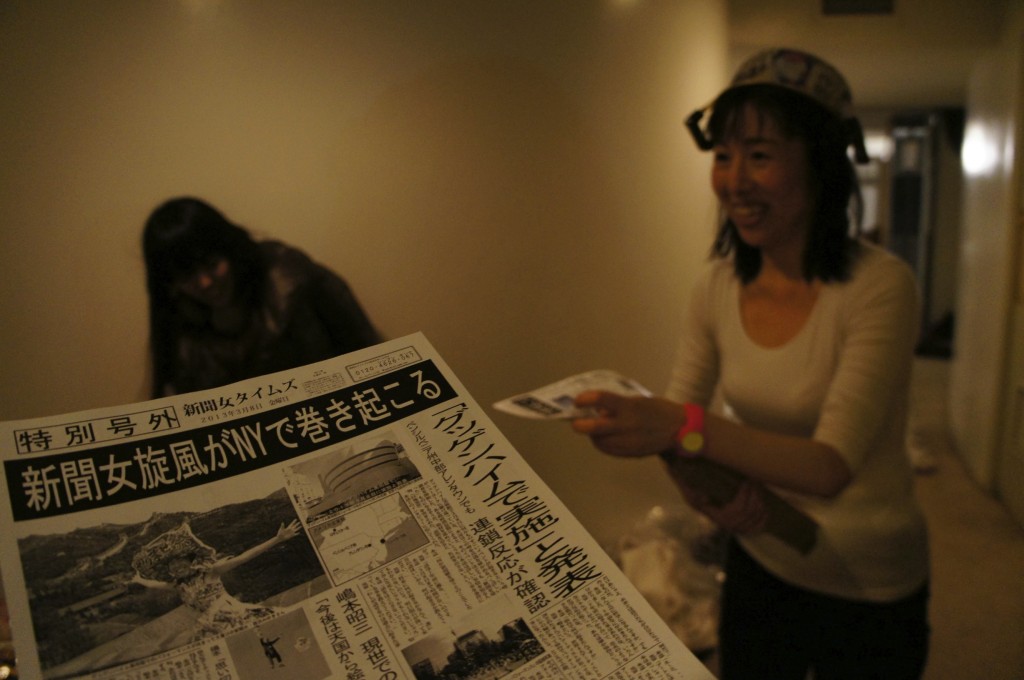 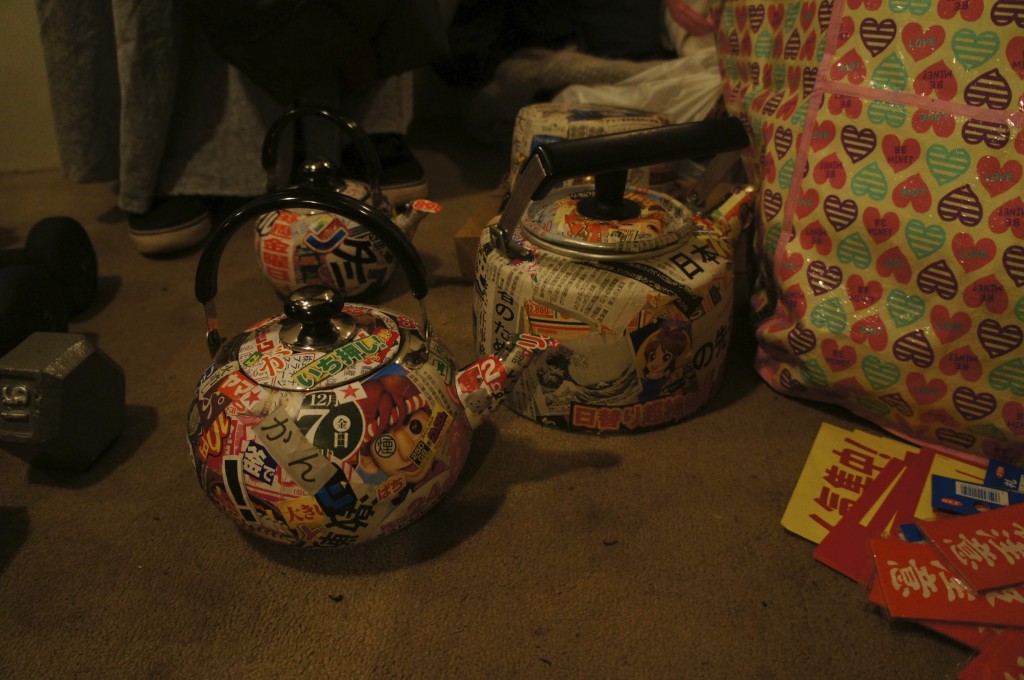 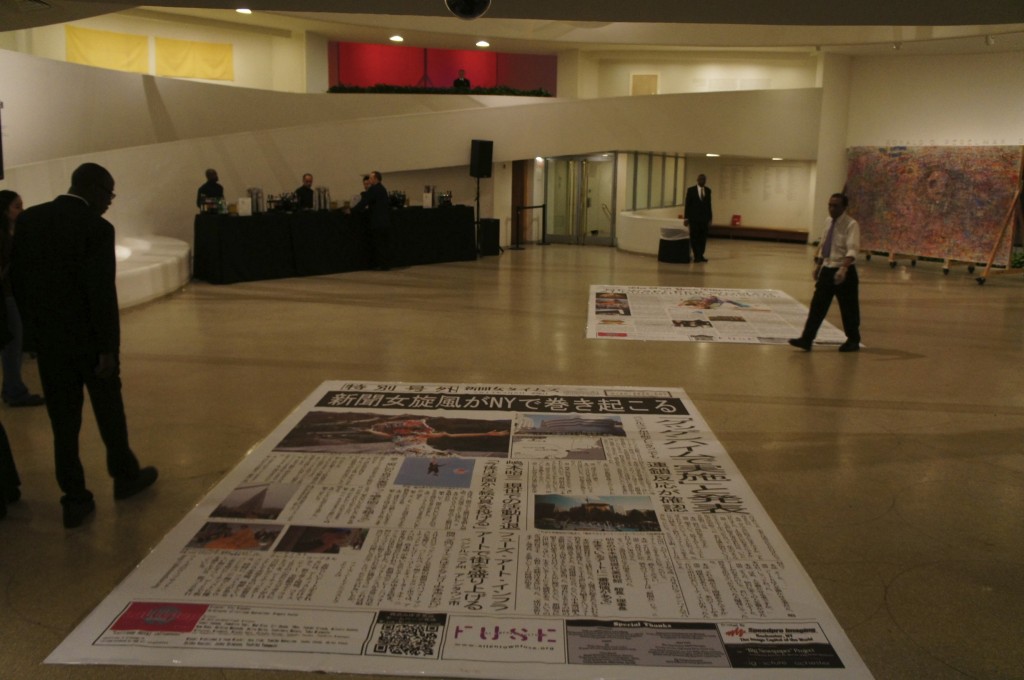 Giant newspaper, special edition for the performance at Guggenheim Museum 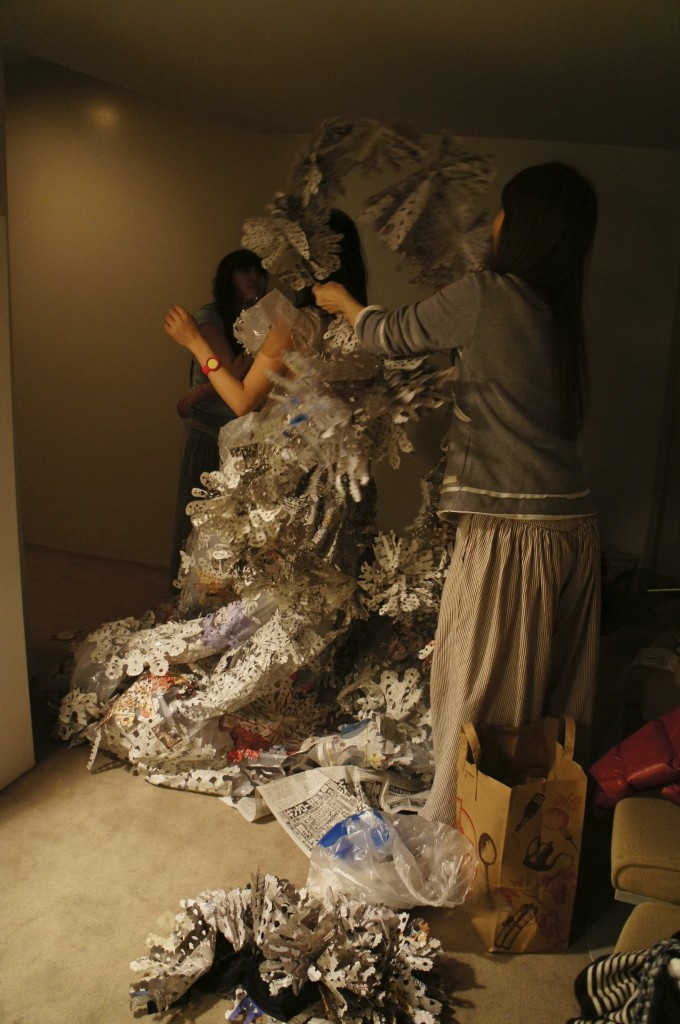 wearing her beautiful dress made of Shinbun

preparing for the opening 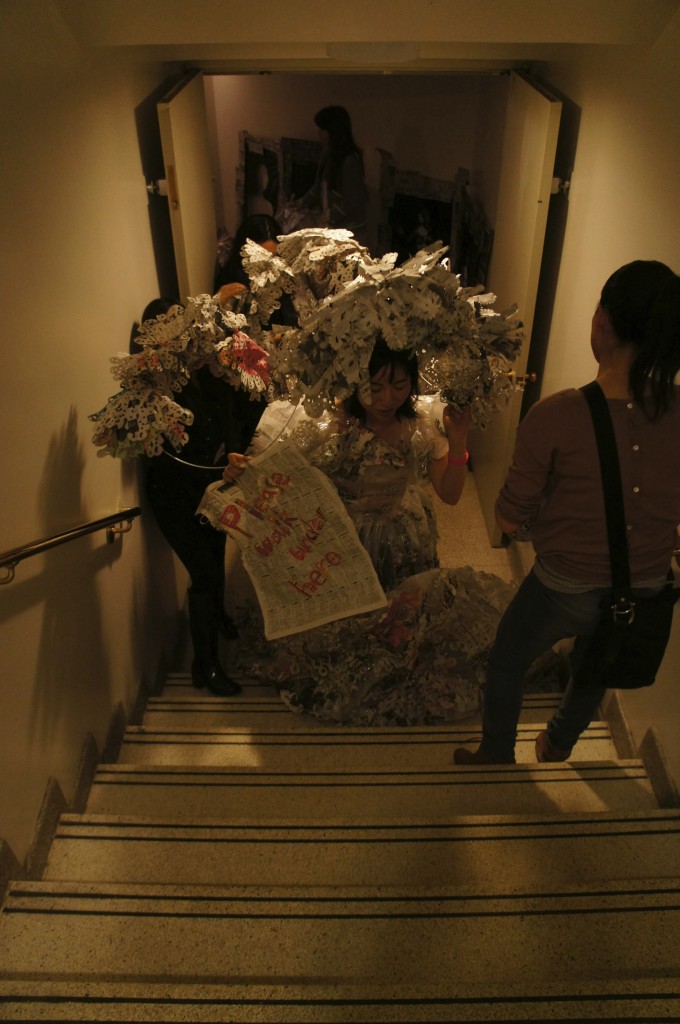 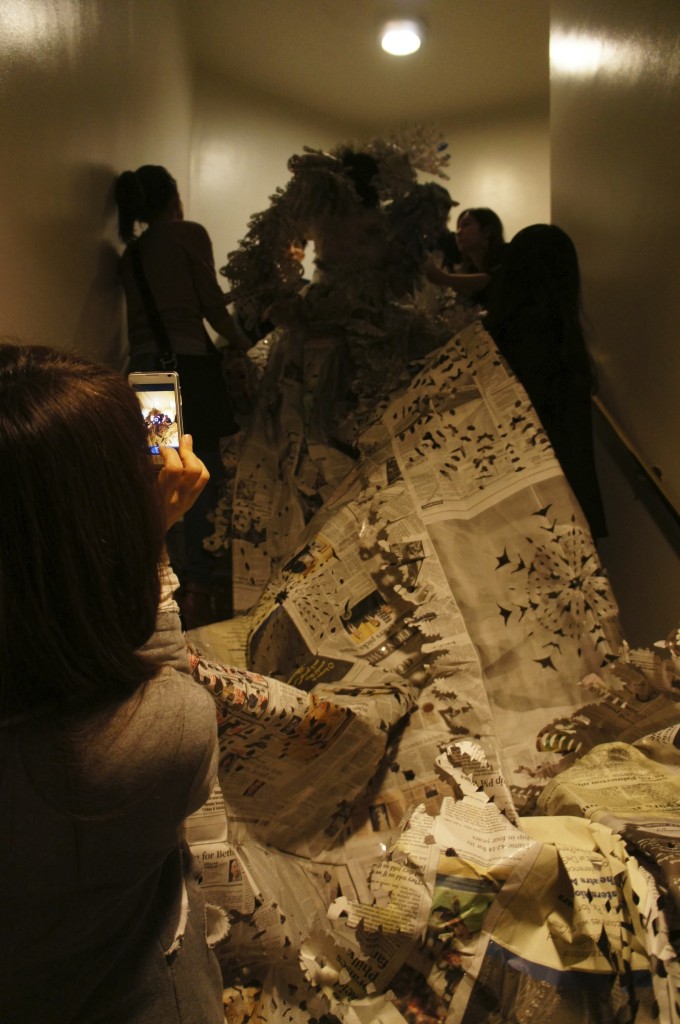 on standby, her followers, too 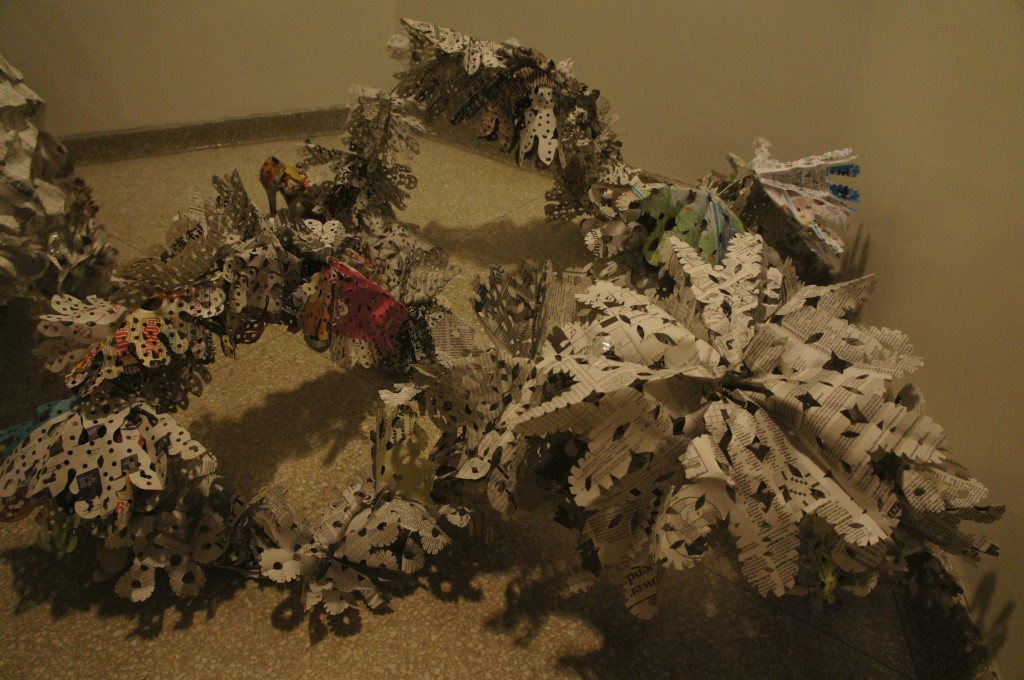 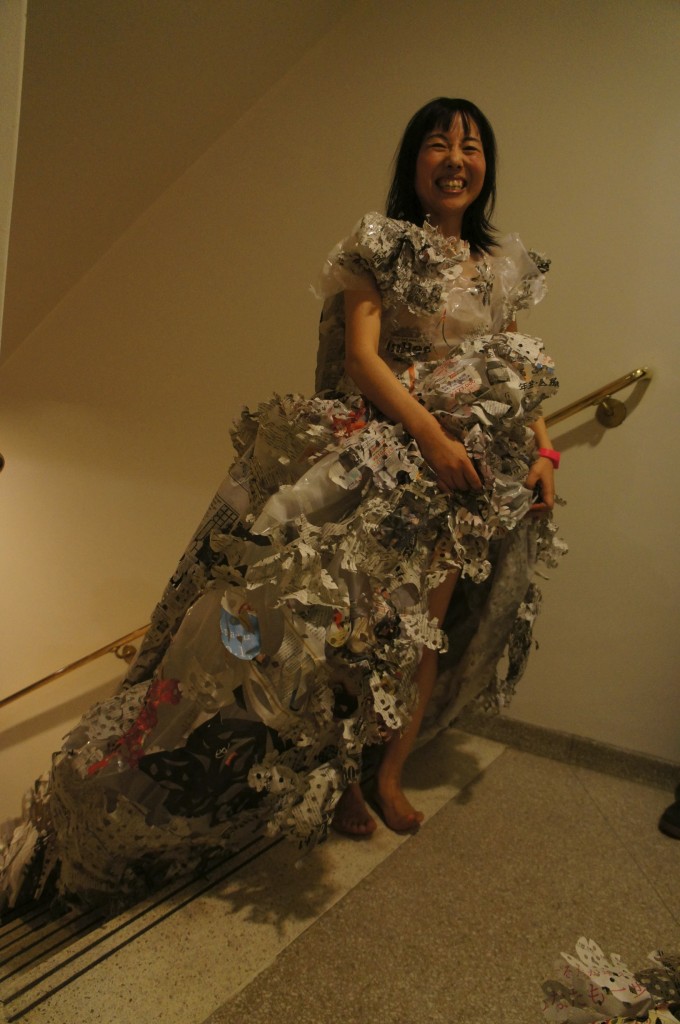 must be in bare feet ! 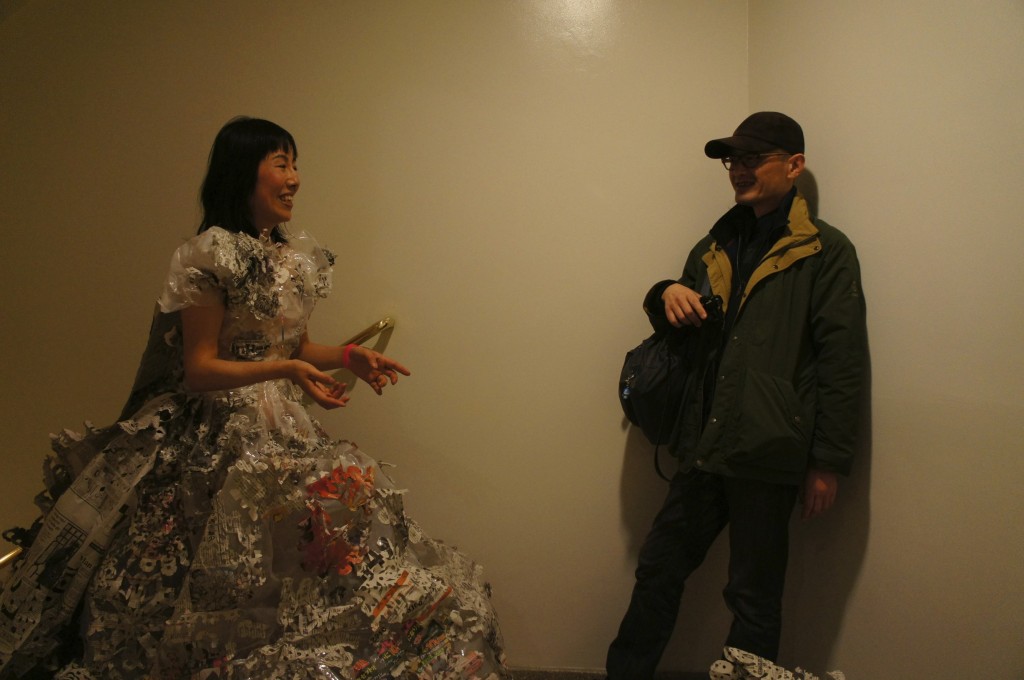 talking of her one-month experience in the U.S.A to Hiroshi Yoshioka 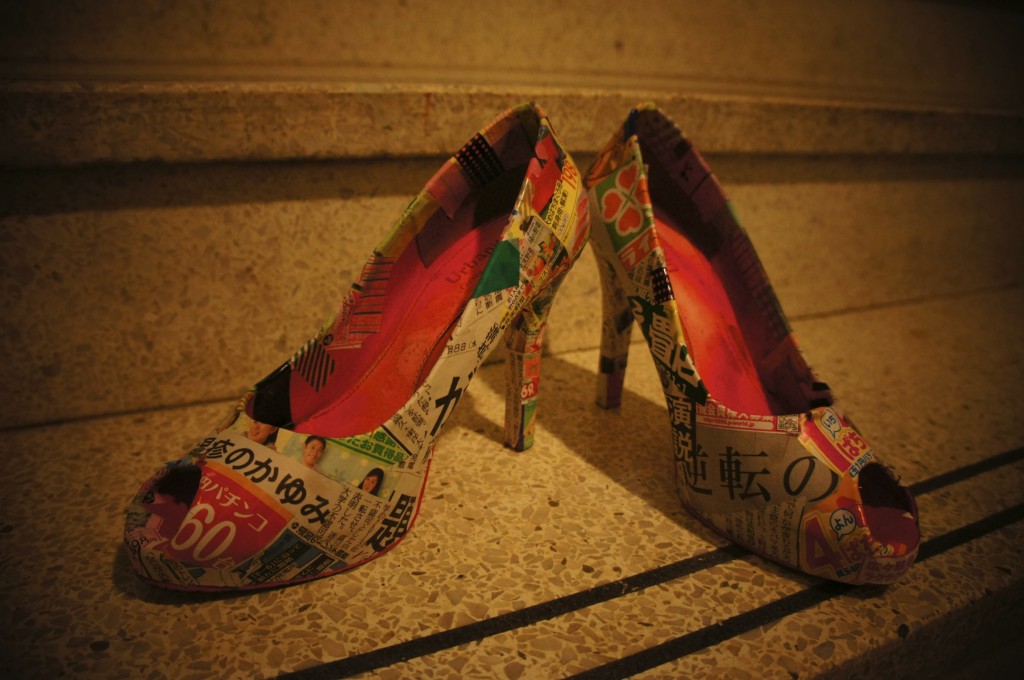 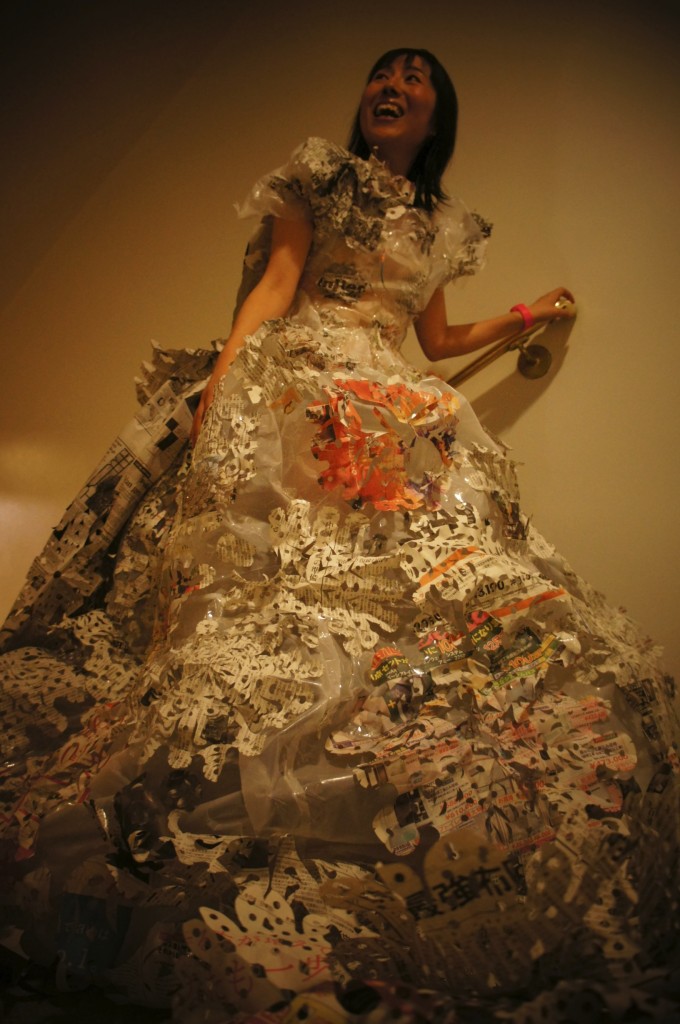 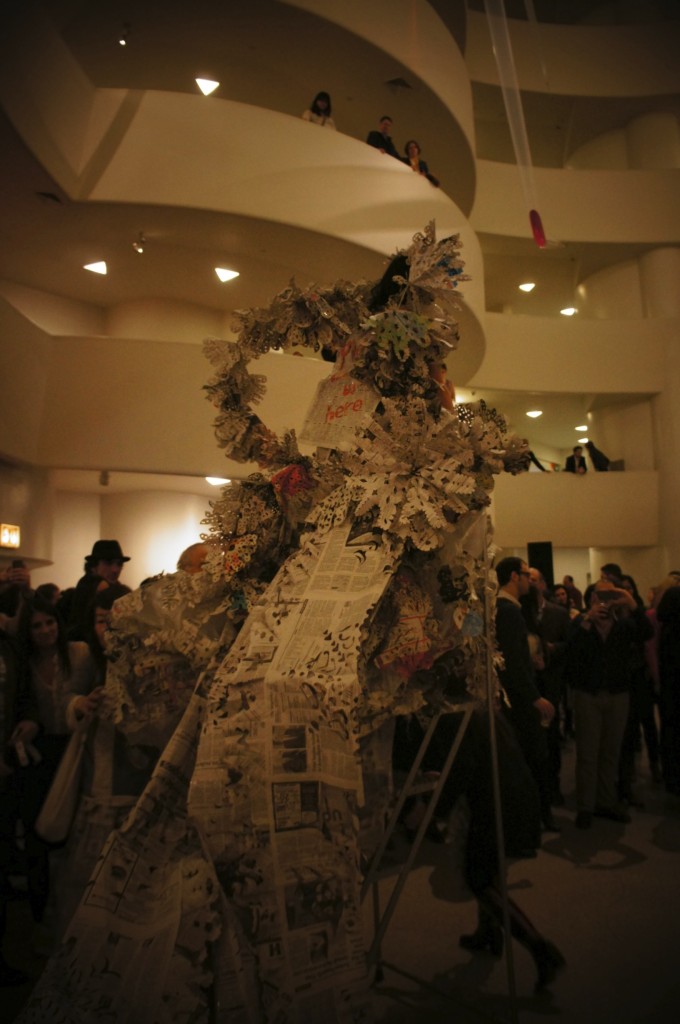 on a stepladder, followed by a crowd 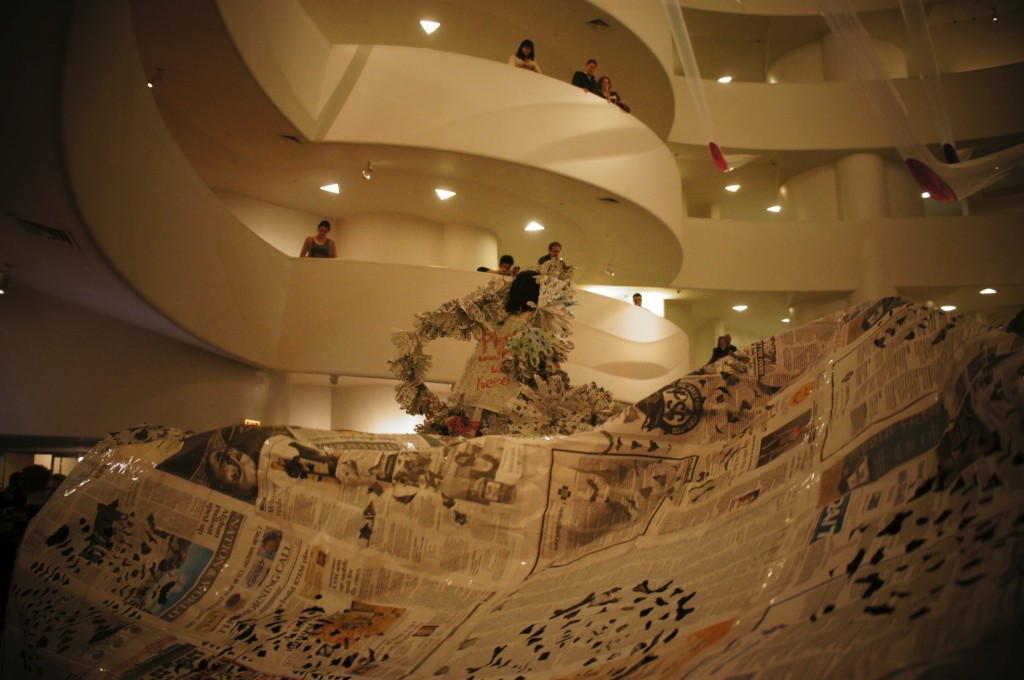 « Please walk under here » goes on 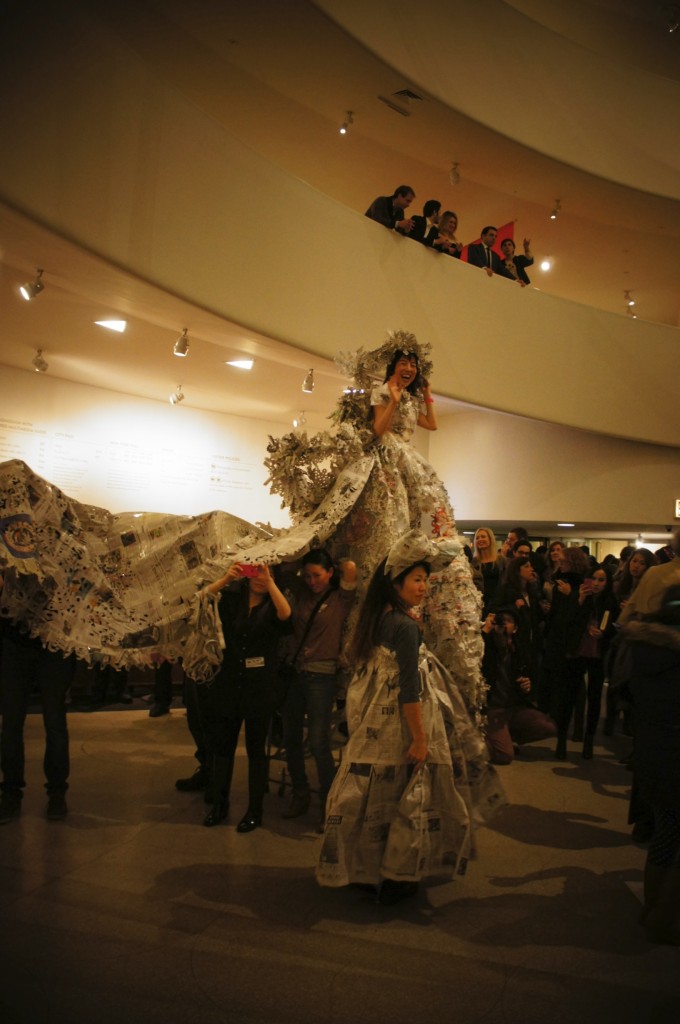 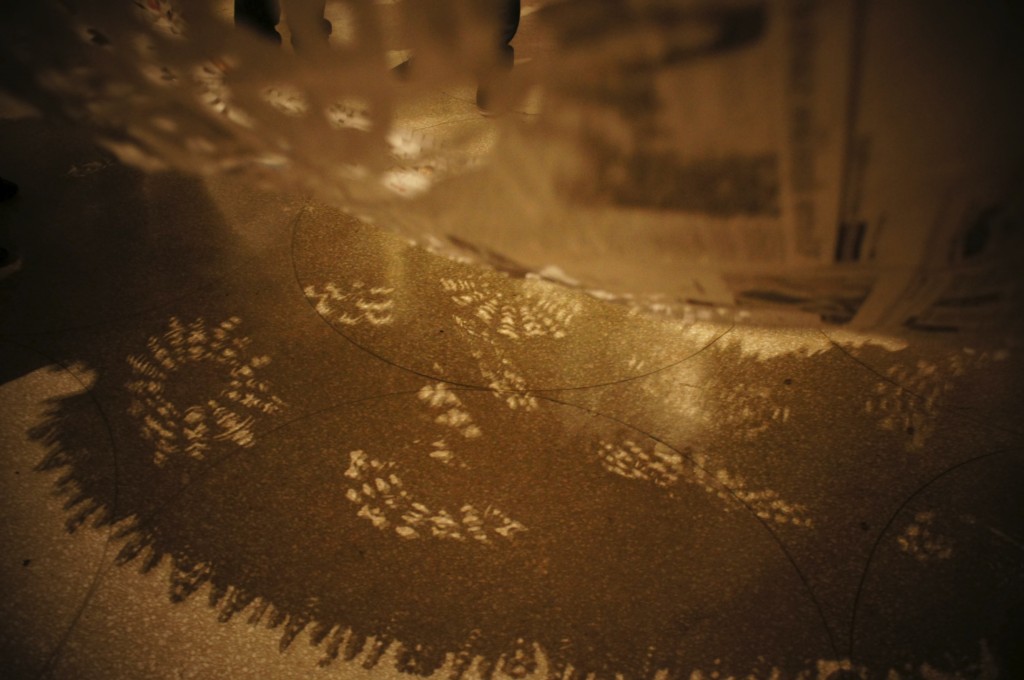 sophisticated lacework of her newspaper dress 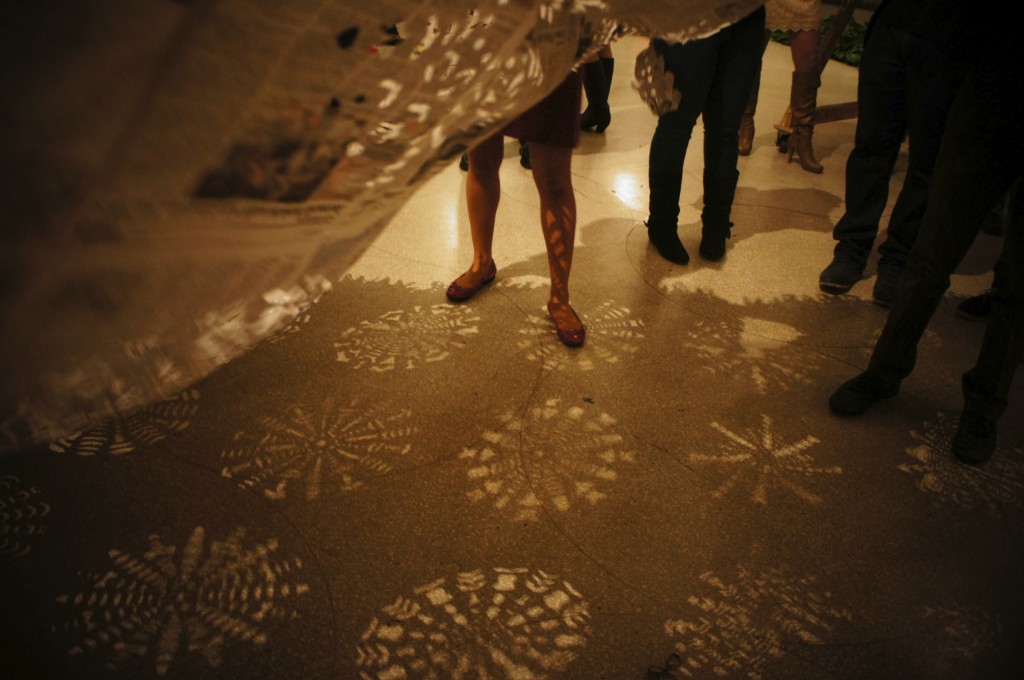 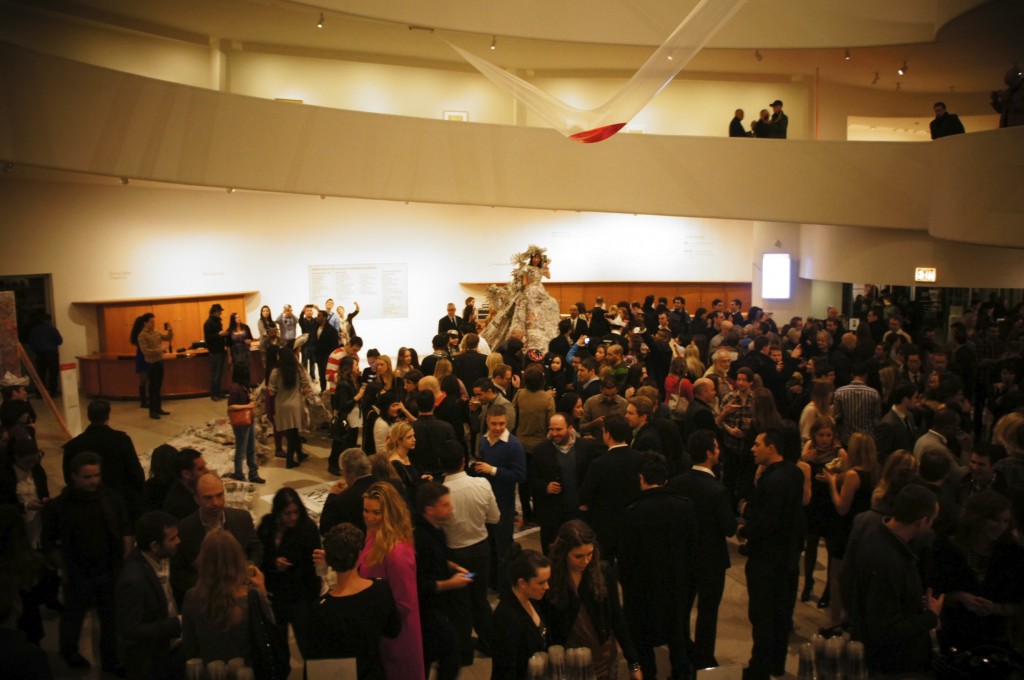 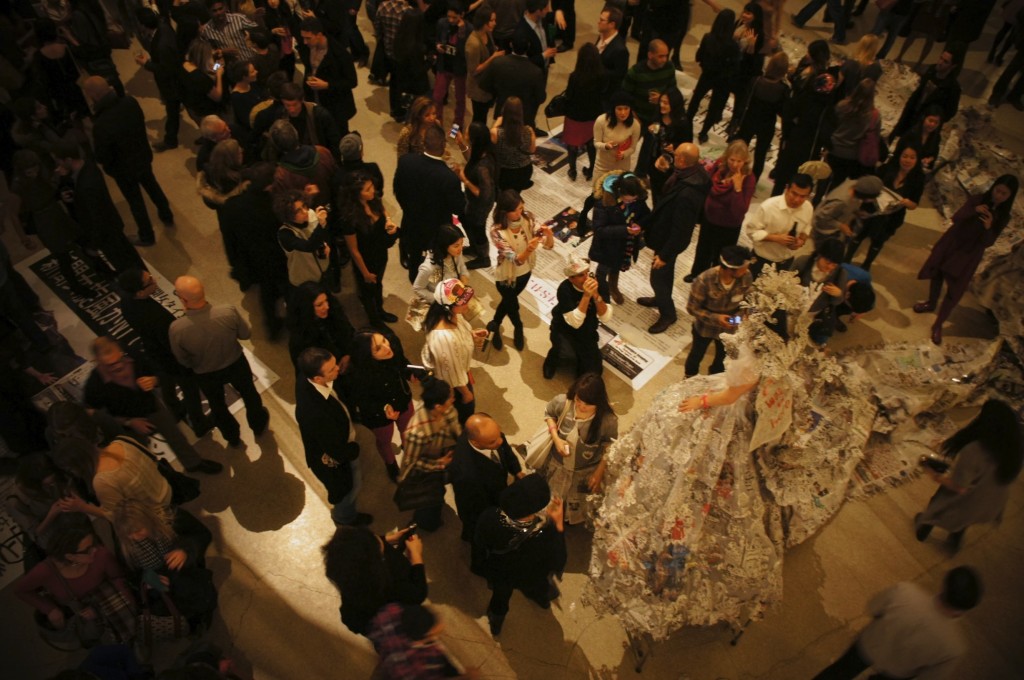 « Please walk under here » over 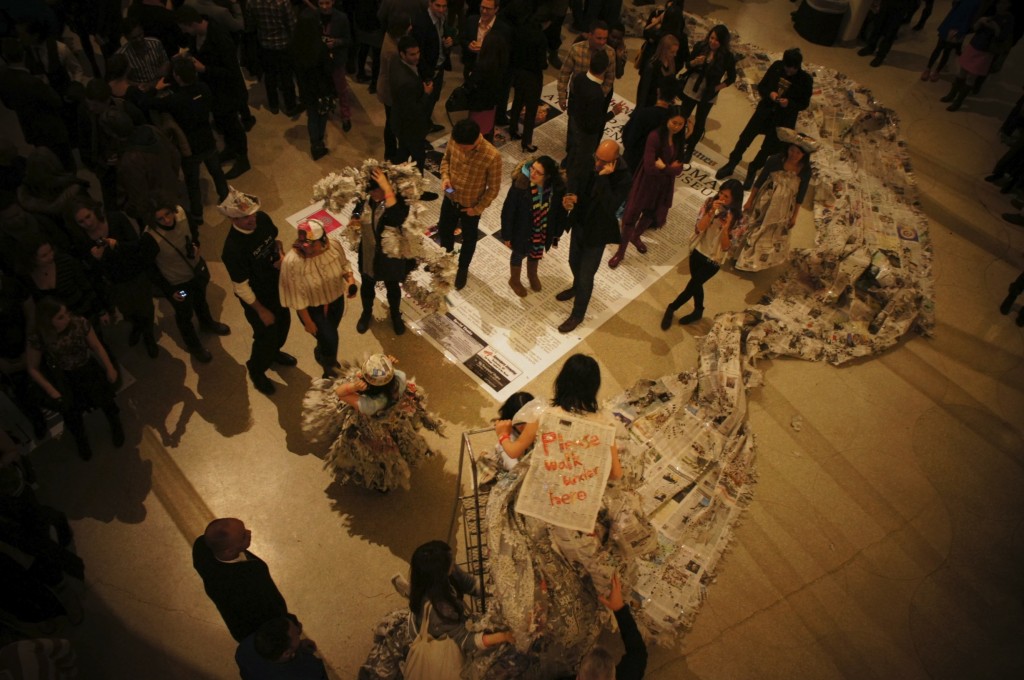 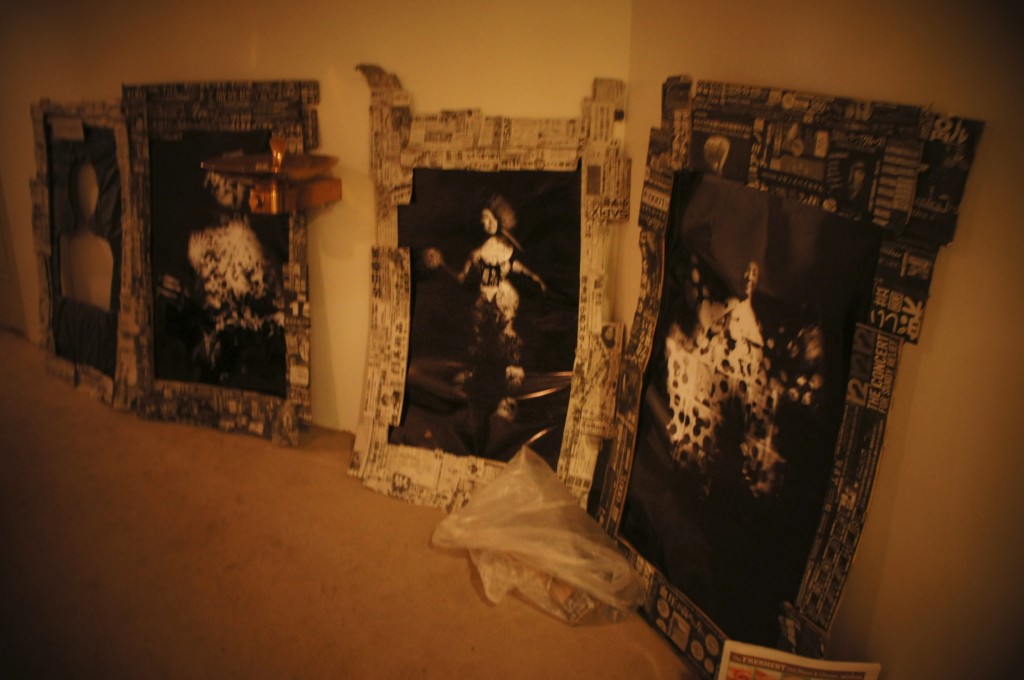 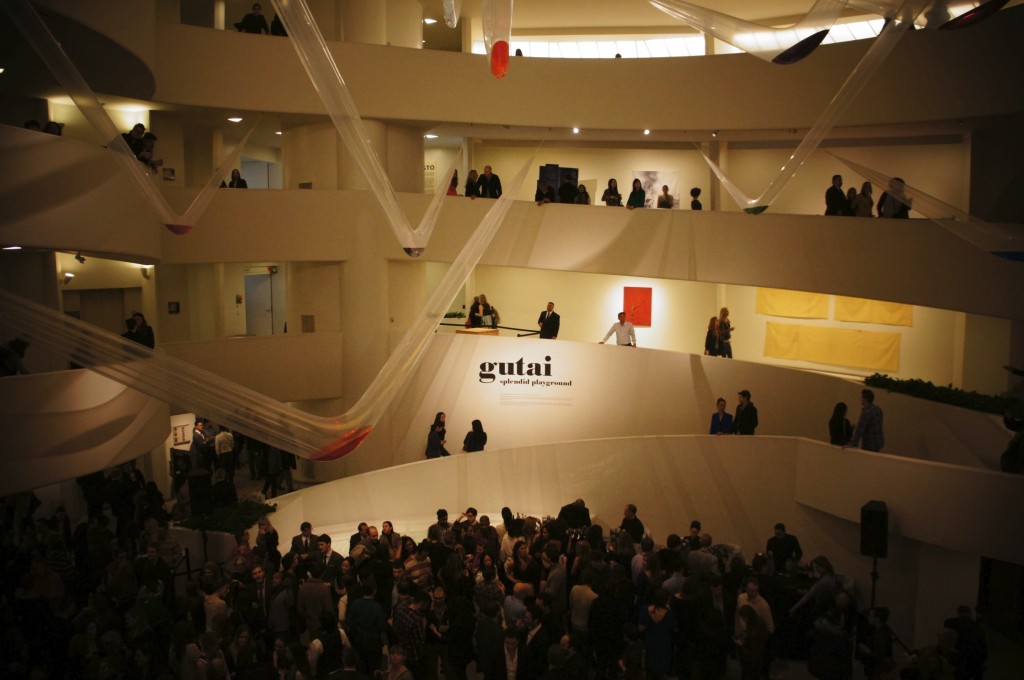 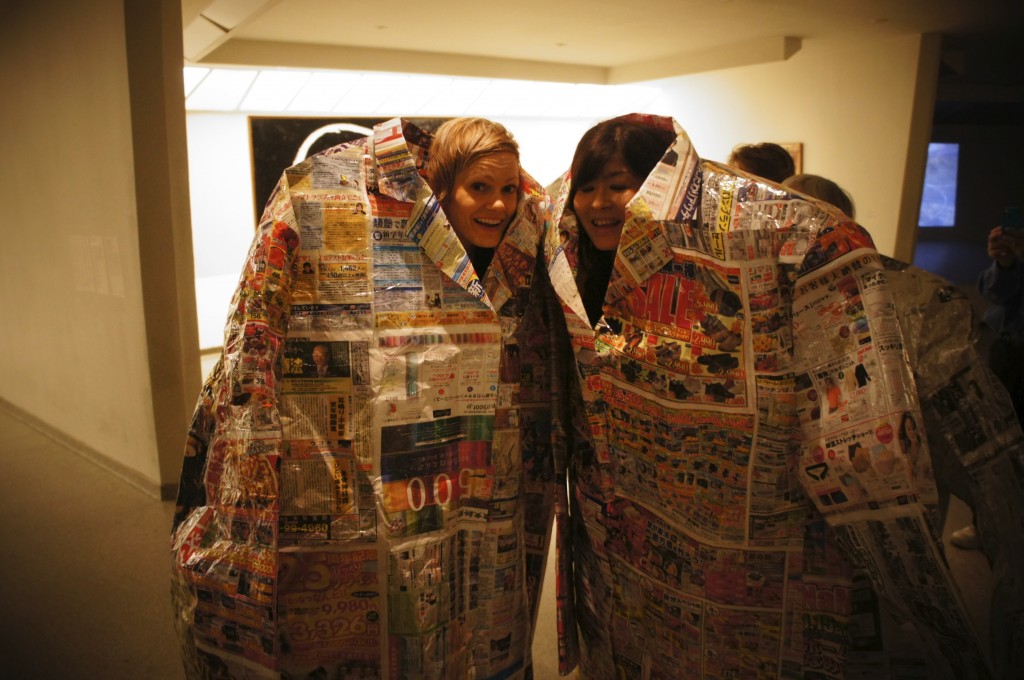 in her famous giant jacket, Parade 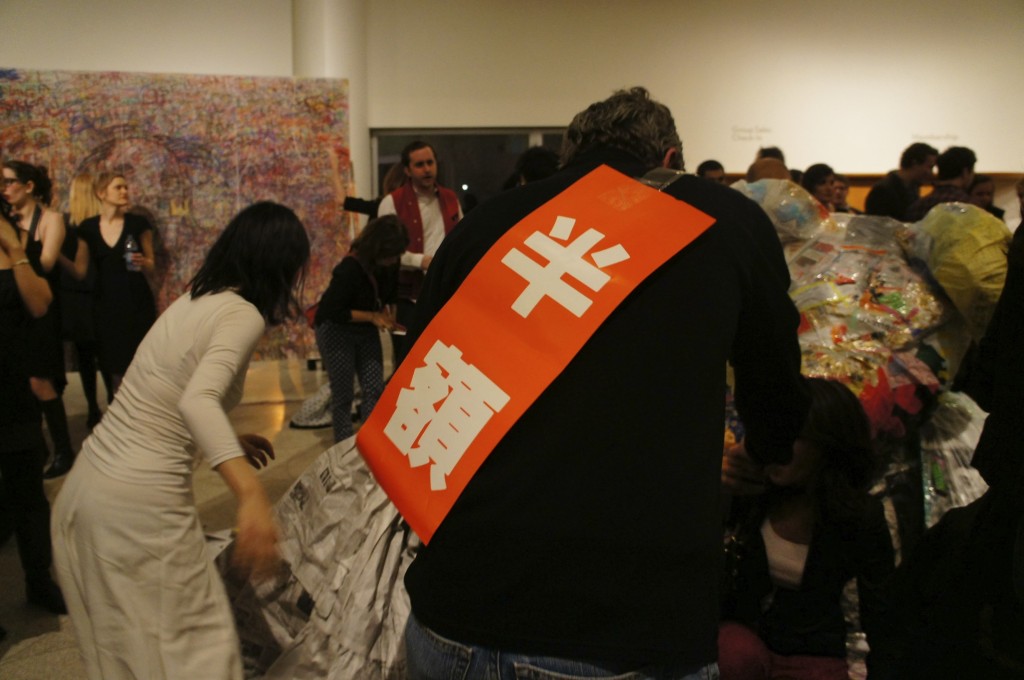 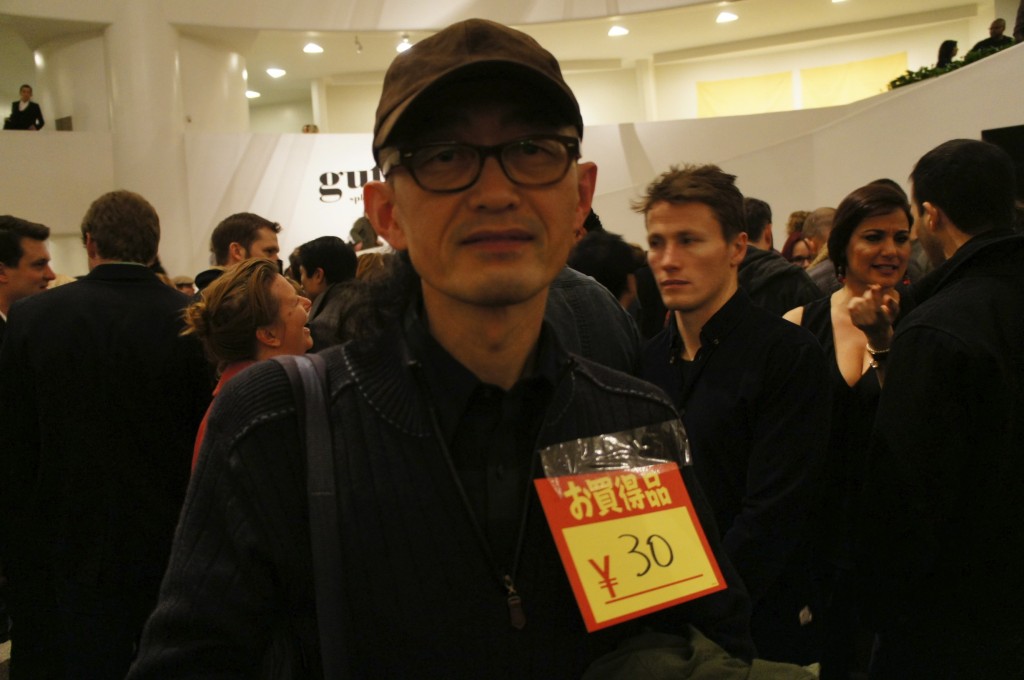 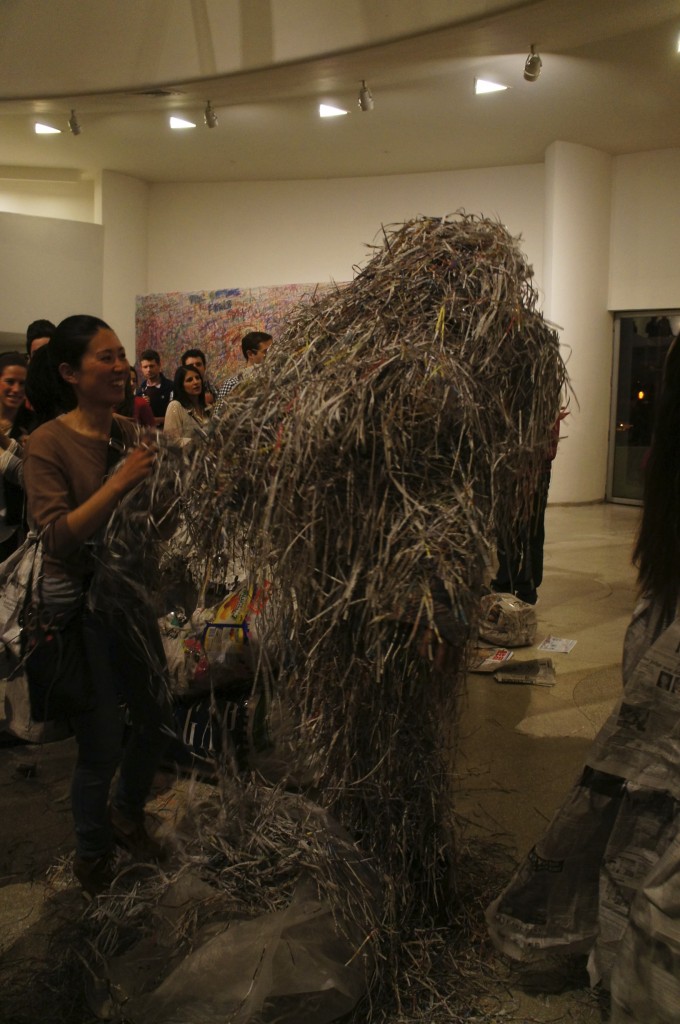 Shred newspapers Monster is being born 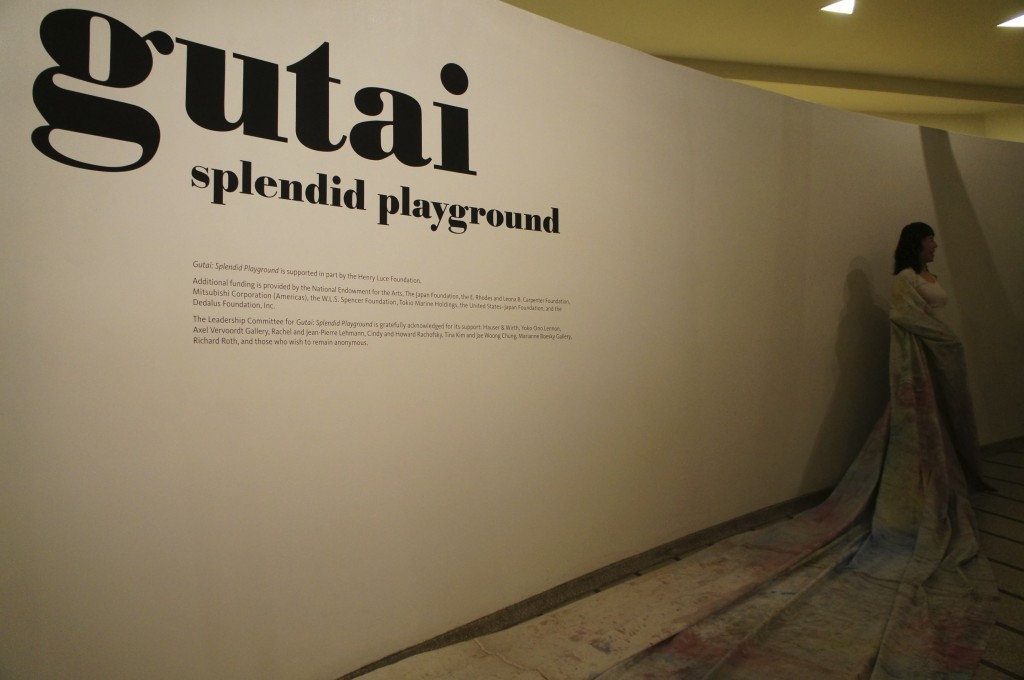 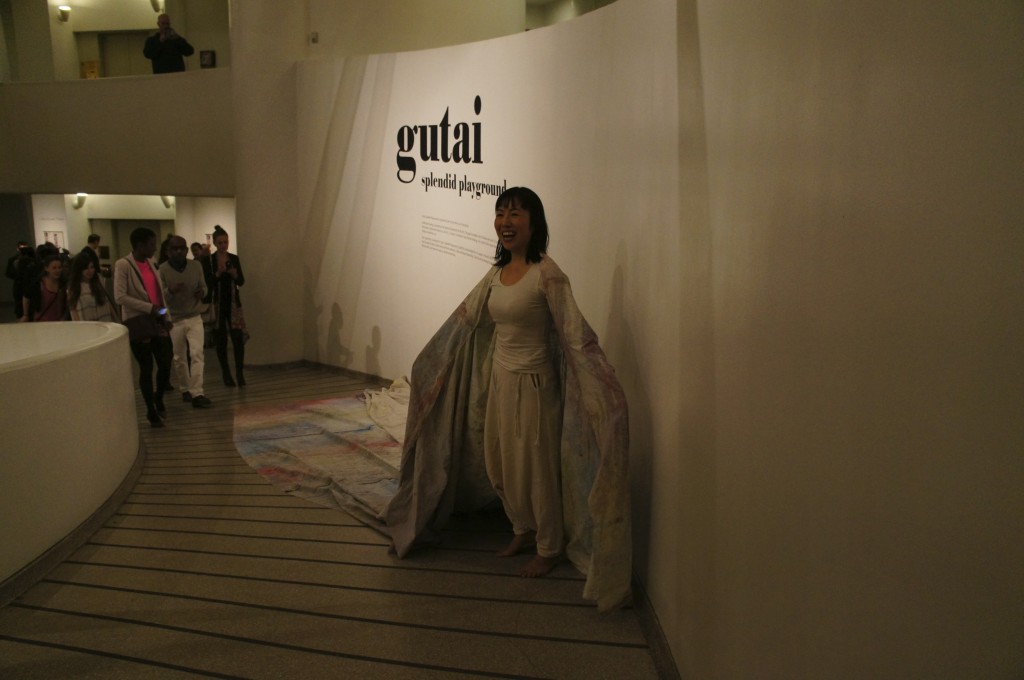 Next time, I’ll write the article about Newspaper Woman, Miyuki Nishizawa hopefully after interviewing with her !